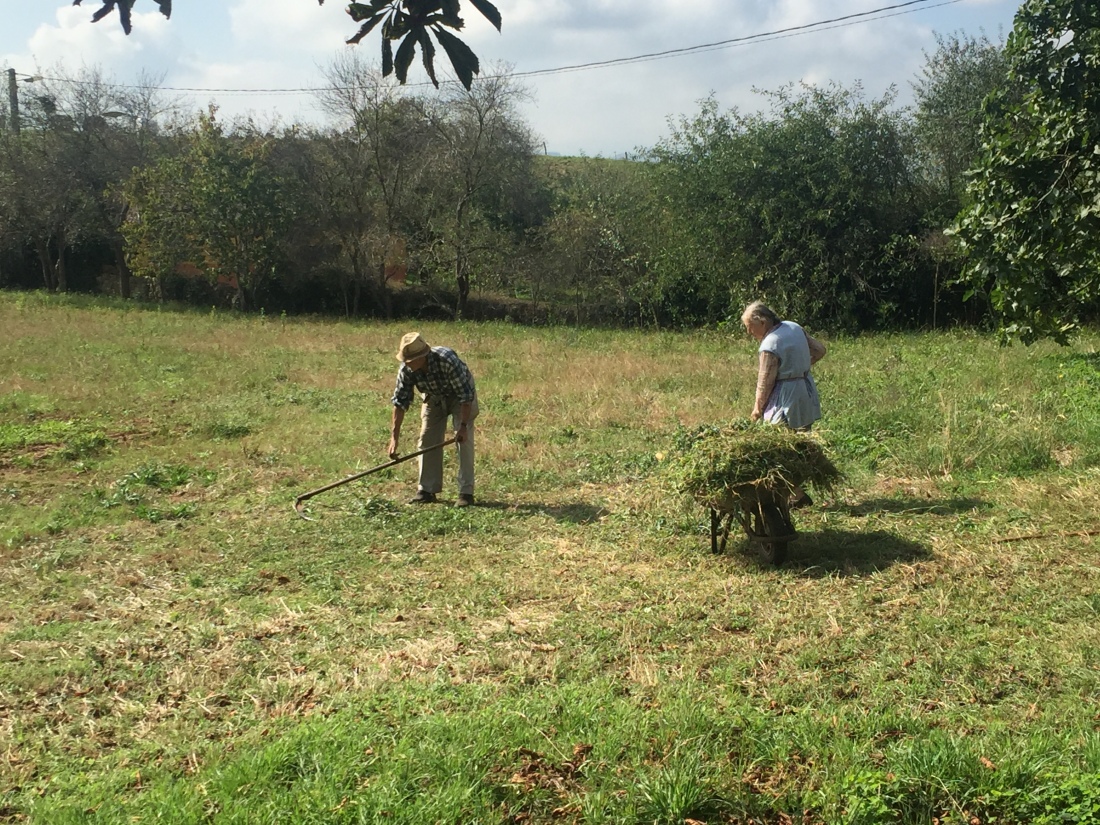 For the 2 nights I spent in Oviedo I chose to stay in the Hotel Vetusta rather than the Pilgrim albergue which allowed me to stay out late and enjoy the atmosphere of The Fiesta de San Mateo as well as taking in the Real Oviedo game ( the albergues have a 10pm curfew ) . The Fiesta takes place in Oviedo every September for 2 weeks and the 21st ( the feast of San Mateo ) is a holiday in the city. It was lively to say the least with plenty of dancing in the streets . I particularly enjoyed Spanish Country rocker Paula Rojo and her band . I’ve developed a bit of a yen for modern country music in recent years , a cause of much mickey taking from some quarters. I blame Whispering Bob .