We awoke to a CD of the Nuns singing this morning. I must be getting used to the close sleeping proximity of others as I don’t seem spend so much time observing the breathing patterns of my room mates during the night. Hence I slept well and felt refreshed. I examined myself for the dreaded bed bug bites and was relieved to find no evidence of such. I wondered how poor old Gus was getting on. I was soon to find out.

I walked out of Carrion at first light and met up with a group who I’d eaten dinner with in town the previous evening. Two of them , who’d eaten pizza , had been up vomiting during the night but seemed recovered come the morning. We walked on together and came to a section of The Camino that follows a Roman road , the Via Aquitana. This is a long , straight section with no facilities for 17km or so. Half way down this section we came across Gus , who was retching at the roadside. He’d eaten the pizza in town too and , with bad timing , his symptoms had only started whilst on this isolated part of the route. I walked with him , while he intermittently vomited , another 8km to Caldadilla where we found an Albergue for him to pull in for the day. I left him a supply of Imodium and Stemetil and he went off to bed , his bites still visible. Poor Gus isn’t having much luck.

By now quite a few of my ” wave ” of Pilgrims know that I’m a medic and some have sought my advice on a variety of ailments such as infected blisters , sprains and tendonitis. I even had a lady ask me for advice about a gynaecological complaint yesterday. There was nothing in my First Aid Kit for that one I’m afraid.

In the afternoon I pushed on until I reached Terradillos de Los Templarios around 4.30pm. After walking over 90km in 3 days my legs were gone and seemed to be working independently of my brain. I was amazed to see John , from Omagh , who I’d last seen in San Domingo. At that point his feet were covered in blisters and he was going to take 4 days off. I put it to him that his recovery and progress since then was on a par with ” The Miracle of the Cock “. He looked a bit puzzled.

The Refugio here is named ” Jaques de Molay ” after the last Grand Master of The Knights Templar in the 13th Century. I’m told this village was a stronghold of the Templars in this period. The Templars were originally set up as a military organisation during the period of the Crusades. Initially they depended on charity but after receiving the backing of the Pope ( and special dispensations ) their power and wealth grew. They came into possession of land and money and built a lot of Churches some of which still dot the route of The Camino ( see Eunate Church ) . They also acted as protectors of the Pilgrims en route to Santiago and The Holy Land. Their power lasted until the early 1300’s when King Philip of France ( who was in debt to the Templars as a result of his wars with England ) organised a dawn raid on Friday 13th October 1307 and arrested many Templers including de Molay. They were tortured and gave confessions to a variety of trumped up charges ( later retracted ). Philip later persuaded his cousin Pope Clement that this was a corrupt organisation and Clement then issued instructions that all The Knights Templar be arrested and stand trial of these accusations. De Molay met his end in 1314 when Philip had him slowly burned at the stake on an island in The Seine . That was effectively the end of The Templers ( unless you believe Dan Brown ) . Legend has it that the Friday the 13th superstition is related to the day of de Molay’s arrest in 1307.

There was a good crowd and other familiar faces at dinner tonight including Peter who has now put a safe distance between himself and the lonely shepherd.
A milestone reached today , I’m halfway to Santiago , just another 250 miles to go ! 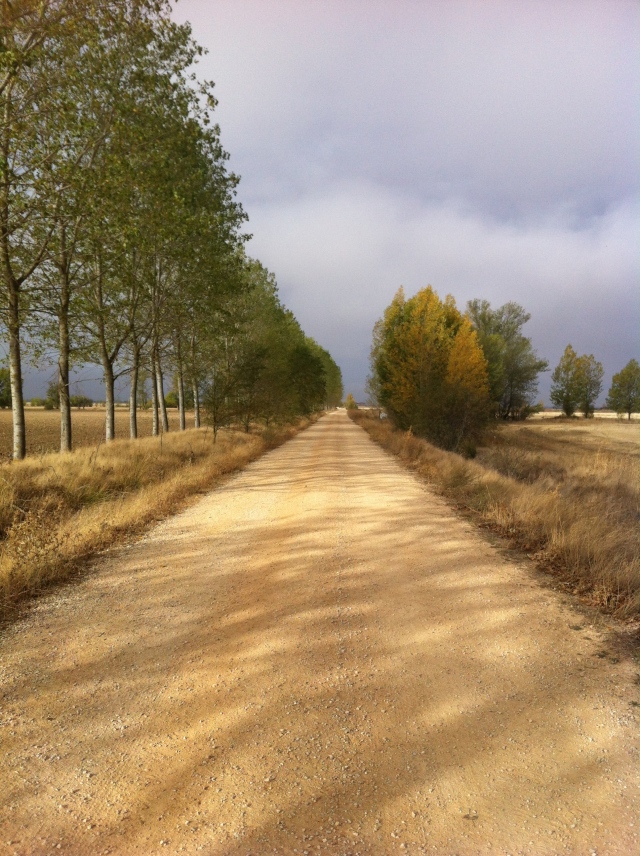 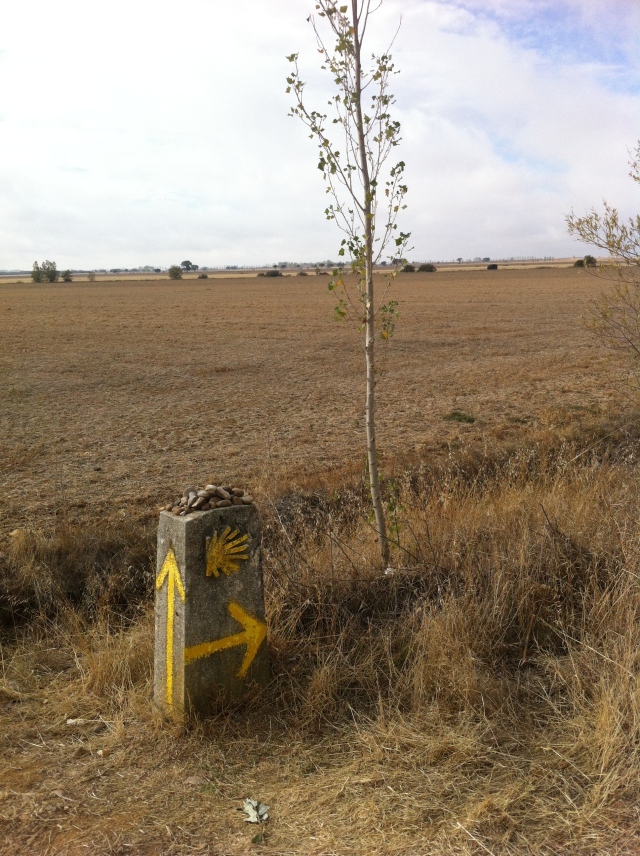