There were only three others in my room last night , a young couple from Chicago and an Italian chap so I had a really good sleep and set off at first light ( now around 8.15am ) towards the small town of Mansilla de las Mulas where I stopped for breakfast with Alain. Alain is a French Canadian I’ve seen intermittently since St Jean. He has been walking now for 9 weeks as he’s another who started at Le Puy. Like Servan and Edith he was extolling the beauties of that part of The Camino.

After passing an area where a lot of maize was growing we came to the outskirts of Leon at around 1.30pm and there was then a long drag into the city near a busy main road , not the most scenic part of The Camino. We reached the centre around 3.00pm and paid our 5 euros to book into the Albergue Santa Maria , another place run by Benedictine Nuns. In my experience so far the Nuns have spotlessly clean Refugios and they seem to make a special effort to give the Pilgrims a good experience. We were shown to our bunks which were in a large dormitory containing around 50 bunks which were men only as the sexes were separated again . I knew what that meant ….

After showering I went off to explore the city. Leon is the capital of the province of Leon in the autonomous community of Castille and Leon. It has a population of around 130,000 and , on my first impression , a really lively city with plenty to see. This impression was reinforced by the fact it was the last day of a week long Fiesta in honour of San Froilen. Either I’ve been lucky arriving at fiesta time in these cities or there is a constant fiesta going on. I suspect the latter.

The first thing I did was visit the famous 13th Century Gothic Cathedral , Santa Maria de Leon. It is thought to be the finest Gothic building in Spain and was modelled on the Gothic Cathedrals in France , in particular Reims. It has 125 medieval stained glass windows and the way the sunrays filter through these has given it the nickname ” House of Light ” or ” Pulchra Leonina “. I won’t go on at length about it but it is a really beautiful building and I’ve posted a few photos to give an idea.

I also had a look at a neo-Gothic building designed by Gaudi , the Casa de Botines , originally designed as a house , now owned by a Spanish Bank. I’ve posted a few pictures of it , including one of a sculpture of St George slaying the dragon situated over the front door.

I met up with Peter , Alain and another Peter for dinner at a place near the Cathedral that evening. Before dinner we had a drink with another Pilgrim , named Lars , from Norway. Lars is an ex-Professional footballer who has played internationally for Norway. I was delighted to discover he had played against Blackburn Rovers in a UEFA cup match. He had a vivid memory of all the free beer they’d drunk post match in the Players bar , this being before the days of extortionate wages and when it wasn’t unusual for players to drink and smoke . He has walked The Camino three times already. He now works in the office for the family’s salmon farm business and puts in very long hours. He says his reason for walking The Camino is ” to give my brain a holiday ” , which is a good way of putting it ! .

Frustratingly Alain and I had to rush back for the 9.30pm curfew at the Refugio just as the city centre was getting very lively on the last night of the fiesta. When we got back there was a crowd of Pilgrims gathered in the Courtyard waiting for the Nuns to take them to the Pilgrim Benediction in the Convent Chapel. Alain and I tagged along and sat in the Chapel along with around 50 other Pilgrims whilst all the Nuns ( there were 14 of them ) sang prayers and then gave the Pilgrims a blessing . At the end one of the Hospitaleros read out the various Nationalities of the Pilgrims staying with them that night ( we have to show our passports when booking in ) . There must have been about 20 different Nationalities , some from very far flung and unexpected places.

I got a text today from my pal telling me he’d caught a 15lb salmon from The River Annan , a ” cock ” fish. So you see , Santa Domingo is still working his miracles : ) 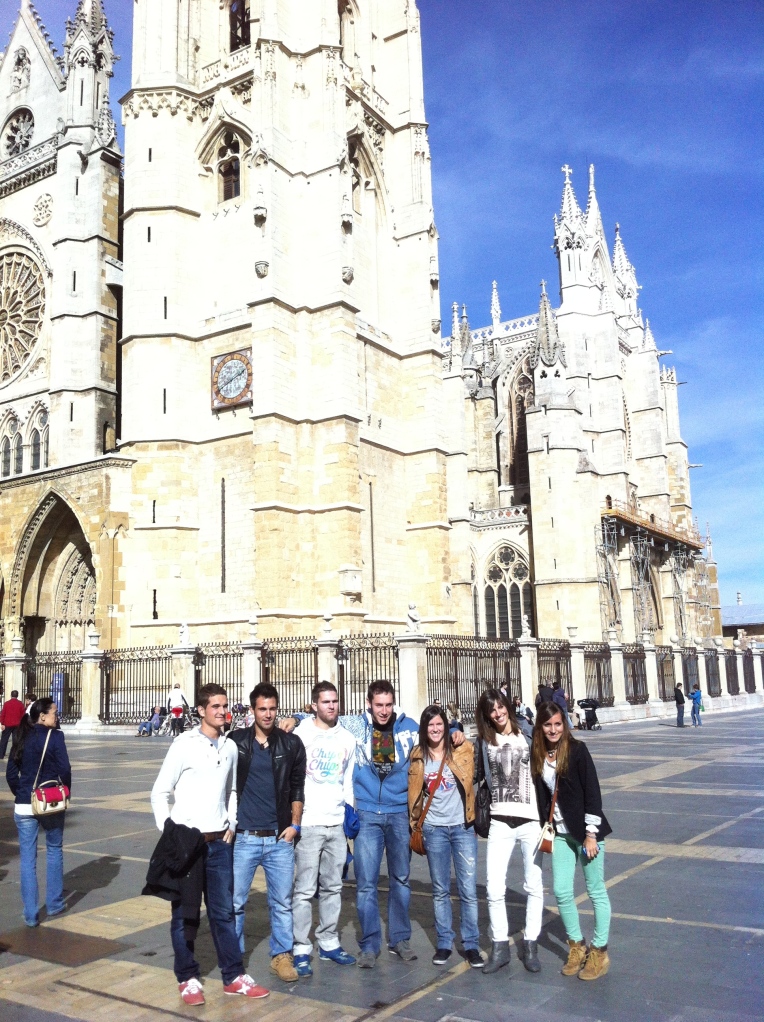 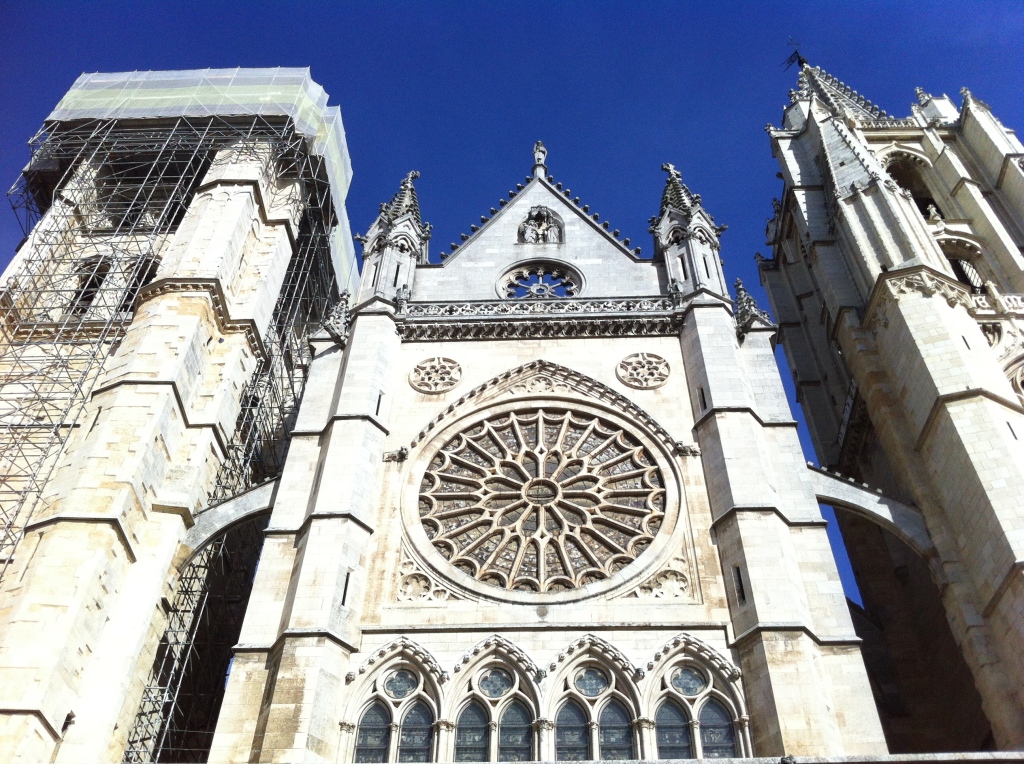 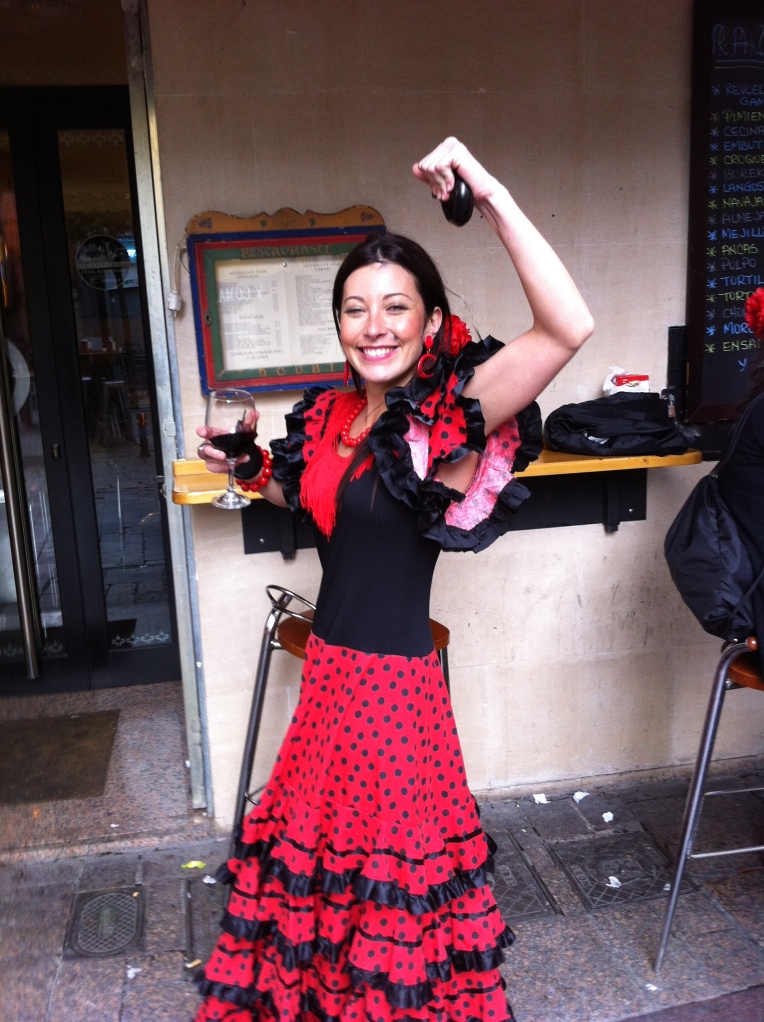 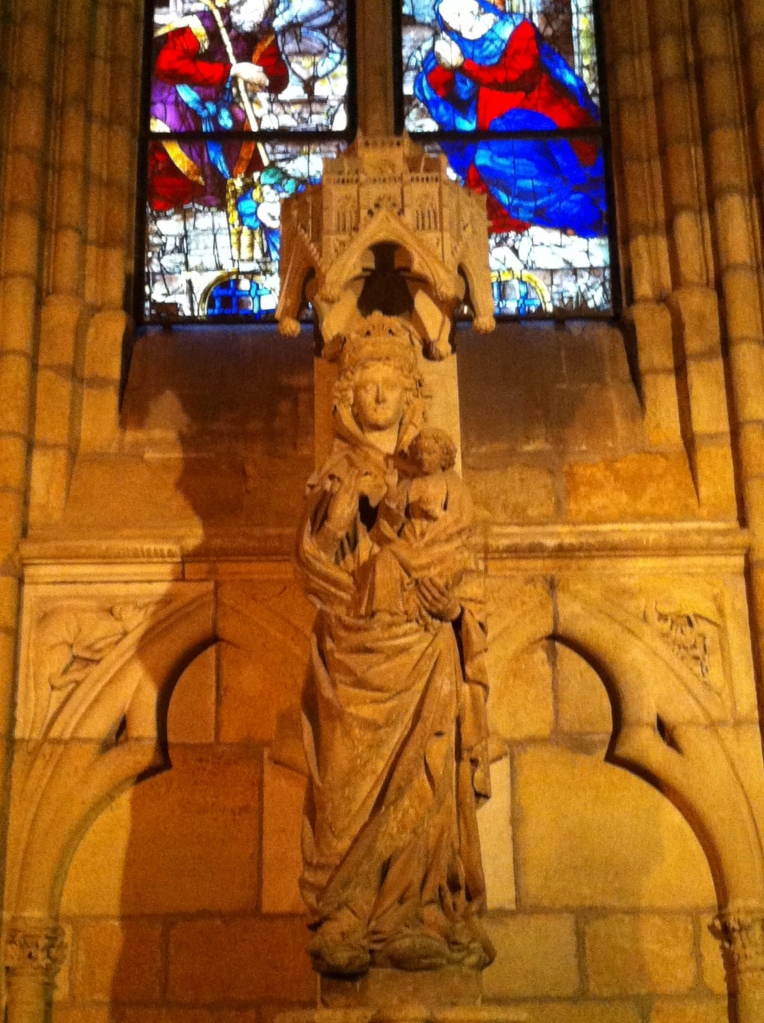 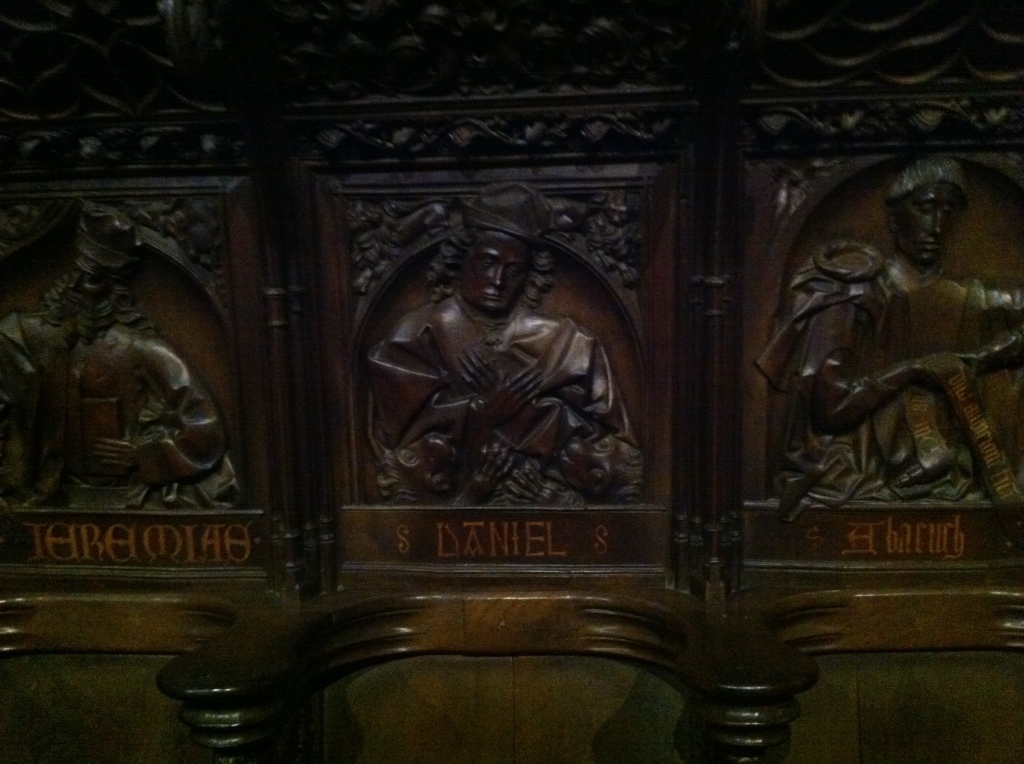