I walked relatively short distances on days 3 and 4. The first two days had been quite strenuous and tiring in the heat and I wanted to have a couple of shorter days before the big walk of 31.5km through the mountains on day 5. This is a much harder walk than the Camino Frances with lots of ascents and descents but this is compensated by the fact the scenery is beautiful. There are also far fewer pilgrims compared with the Frances . I’d guess there are around 40 pilgrims walking per stage and they are predominately Spanish and French . I’ve met no British or Irish up to this point and there are just a handful of pilgrims who speak fluent English. Hardly any of the locals speak English other than a few words so it’s a source of regret that my Spanish language skills are still at the basic level.

We’ve walked through medium sized hill country with plenty of wooded sections passing small villages in which there  is often a small Romanesque church , a few cats and the sound of cockerels crowing. There are loads of apple orchards and fig trees and every house seems to have a vegetable patch growing a variety of things , often including a large area of Kale. Making cider seems to be bit of a religion around here and I have to say it’s really good stuff. They pour the cider into a glass from a height and it fizzes when the stream gushes out. I poured out a glassful from the bottle like this but the bar owner in Salas told me I was doing it incorrectly and was quite insistent I do it the right way. They only pour small amounts into the glass , so called ” culinos ” that must be consumed immediately after it has been poured “so that it doesn’t die ” ( meaning it doesn’t go flat ). By doing this it’s supposed to give it a bolder flavour. Whether ” dead ” or ” alive ” it tasted great to me.

Early in this walk I was delighted to receive a text from Gail Hooley to tell me that she and her friends from Dublin ( Pauline , Denise and Catherine ) had just arrived in Santiago to complete their Camino Frances . They had done it in one week stages in every year since I had met them  on the first day of my own Camino Frances walk in 2012. As a reward for their efforts they treated themselves to a couple of nights at the Parador in Santiago , and why not . Gail sent me the photos below. 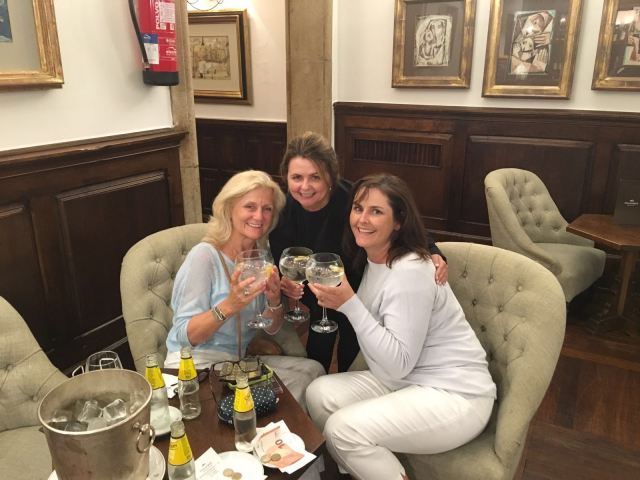 I walked part of Day 4 with Birgitte from Hamburg and Jay from California , both interesting characters. This was Birgitte’s 10th Camino including two long walks in Italy including the Camino de St Francisco ( St Francis Way ) . And I thought I had it bad ! She worked in quite a stressful office based role for The Ministry of Science in Hamburg and loved escaping for long walking holidays. Jay works as a ” Humanitarian Photographer ” for USA Today and was photographing everything in sight with a retro Fuji camera.

During the course of day four I noticed this blog had suddenly started receiving a lot of hits from Spain , in fact into the hundreds , which I found puzzling. Later in the day I found out why. Miguel Sanz , the lovely guy who showed me around the stadium and museum at Real Oviedo had written an article about me on the club website , including a picture of ” El Britanico de Wigan ” . His colleague had then tweeted a link to this which had then been retweeted and favourited lots of times. All of a sudden I have a lot of Real Oviedo fans following the progress of ” El Britanico” on his Camino. He messaged me again today to tell me 2 local newspapers have done a little feature on me. That’s decided then , El Britanico will be wearing his Real Oviedo shirt on arrival in Santiago : ) . 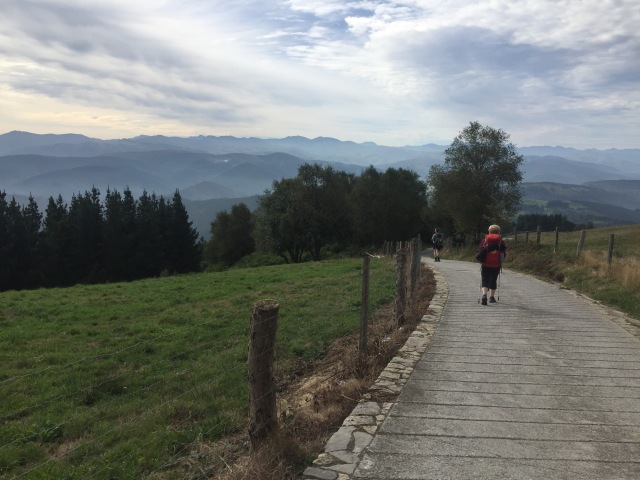 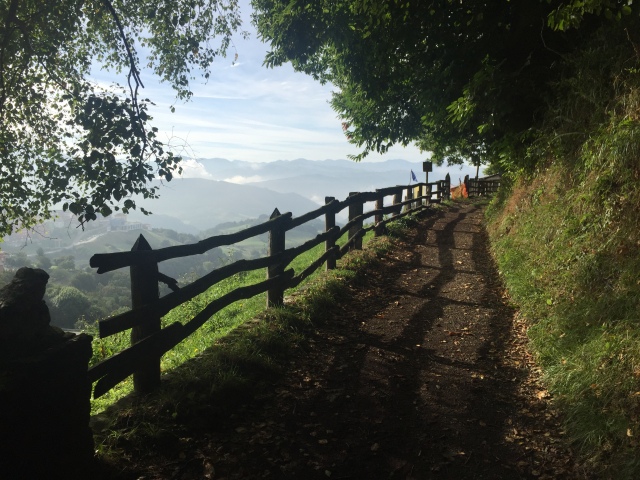 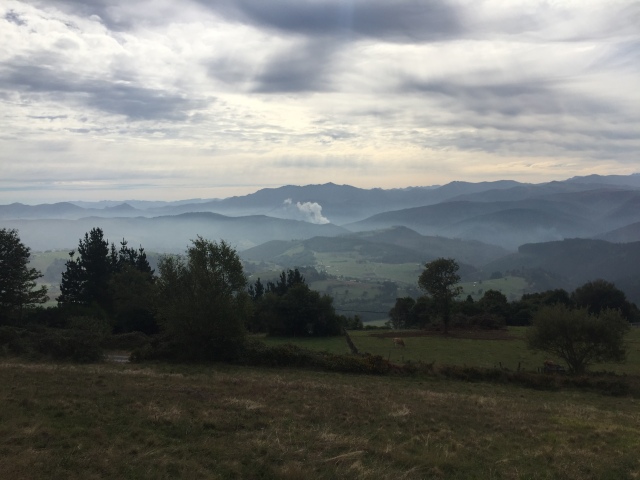 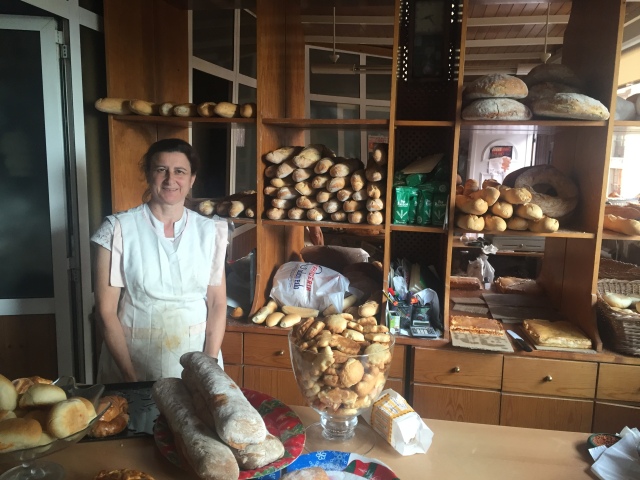